The 2020 Election: The Challenges and Changes Facing Political Polling

Peter D. Hart has been a pollster for 55 years. He started with Louis Harris earning $2 an hour and working on the election
coverage for CBS. He has been part of the election night team since 1964 with either CBS or NBC. He has been called the dean of this generation of pollsters. Since 1989 he has been part of the bi-partisan team doing the NBC-Wall Street Journal poll with Robert Teeter and Bill McInturff. At a time pollsters are loathed to admit they ever miss an election, he rightly takes pride that he was only six when he told Truman to get his resume in order. In 2016 he boldly told Hillary Clinton that she would be a winner. Unfortunately, she thought it meant the electoral vote.

He founded his firm Hart Research in 1971, and the firm has been the pollster to the who’s who of Democrats that include over 50 United States senators ranging from Hubert Humphrey, John Glenn, Bill Bradley, Edward Kennedy, to Dick Durbin, Dianne Feinstein and minority leader Chuck Schumer. His gubernatorial clients include over 40 governors ranging from Jay Rockefeller, Bill Clinton, and Richard Riley.

His corporate work has included many of the Fortune 500 firms ranging from Coca-Cola, to IBM, Microsoft, and Boeing. The non-profit work includes the Smithsonian Institution, the Kennedy Center, and the Gates Foundation. In addition, he has done a great deal of political work prompting democracies in Chile, Czechoslovakia, South Africa, and the Republic of Georgia. He takes great pride in the fact that he does not know Paul Manafort, never met Paul Manafort, and does not own a single Ostrich garment.

His favorite part of his professional life is teaching the next generation. He has been a Woodrow Wilson Visiting Fellow for more than 40 years and has taught full semester courses in public opinion and public policy at Duke University, the Annenberg School for Communication at the University of Pennsylvania, UC Berkeley, and Harvard University at the Kennedy School.

At age ten he and his friends were terrors in Berkeley. 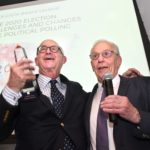 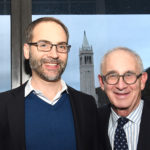 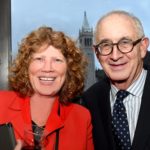 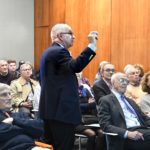 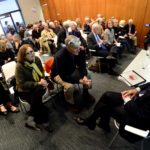 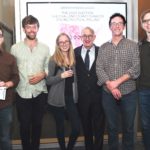 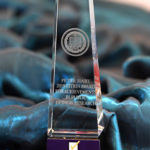