In Fall 2021 the Citrin Center initiated its Fellows Program, created to recruit promising scholars in public opinion research to UC Berkeley.  The Graduate Admissions Committee for the Charles and Louise Travers Department of Political Science identified outstanding applicants with the relevant interests to be Citrin Fellows.  Fellows are provided with a $2000 research grant to help launch their research. 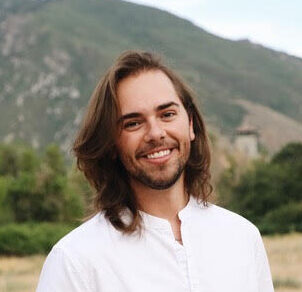 Matt Easton graduated from Brigham Young University in 2019 as the Political Science valedictorian. His article “The Democracy of Dating: How Political Affiliations Shape Relationship Formation” was published in the Journal of Experimental Political Science. His research portfolio has received a variety of accolades, including first place in Civic Engagement at the Mary Lou Fulton Undergraduate Research Conference. He has worked as a research assistant to Dr. John Holbein and as fellow to the Center of the Study of Elections and Democracy (CSED). He interned with the United Nations Human Rights Council in Geneva and researched public policy in New Delhi, India. Matt recently worked as a political campaign organizer. He is particularly interested in research questions pertaining to political polarization in the United States. His broad research interests are in American politics, public opinion, and political behavior.